It`s very desirable to acquaint all with the real schools and universities of California. And to begin we want from a place we studied in, from a place that left the strongest and positive impression about the USA. We present University of California, Los Angeles or briefly UCLA. in 2012 UCLA occupied the 13th line in the world (on the version of times higher education world university rankings). 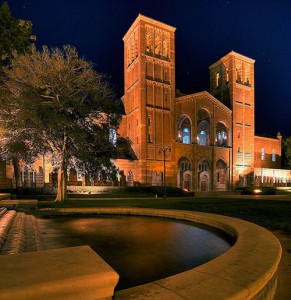 Founded in 1919, today this university is most popular in The USA: in 2012 the quantity of students wishing to study there made 72 699 persons, but only 13%% from them were accepted. in all in an university simultaneously more than 40 000 persons study and 15% from them foreigners. It is possible to choose the program and get education more than for to 300 most modern specialities in the university . This university has a wide set of the short programs of retraining (from a few months to year), and similarly first-class program of academic English.
All students study and practiced on the most perfect equipment accessible in the world, and among the professors of university 12 nobel laureates, 3 laureates of Pulitzer Prize, winner of Pritzker Prize, possessors of other prestige world rewards.
It is separately desirable to mention the campos of university : UCLA is located not far from the coast of pacific ocean, in western part of Los Angeles, between the districts of Santa Monica and Beverly Hills. Campos occupy simply fantastic in size territory. In fact it is a whole student city, with hundreds of educational building, bars, restaurants and shops. From above it reminds an enormous heart. 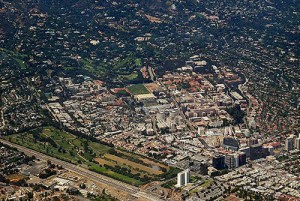 Ancient buildings in the center of campos often induce associations with a magic school of Hogwarts from books about Harry Potter. 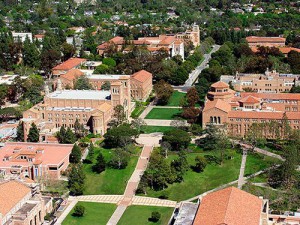 Аnd this is the old building  of UCLA library. 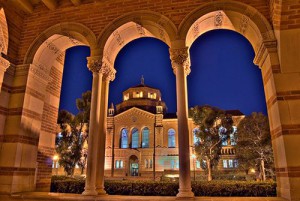 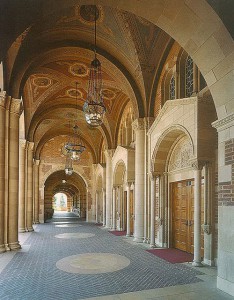 The same library inside. Pay attention to wooden ceiling. 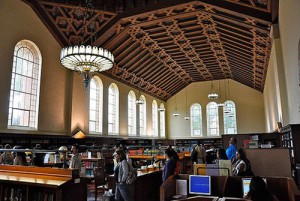 The central part of the UCLA campus. 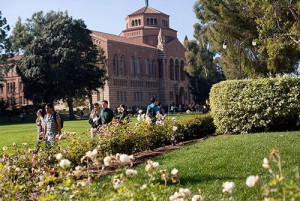 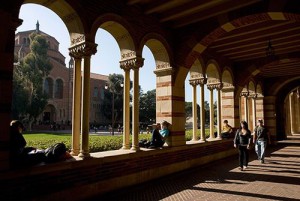 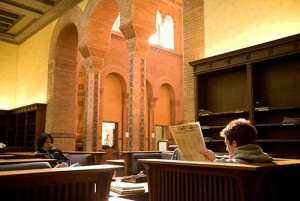 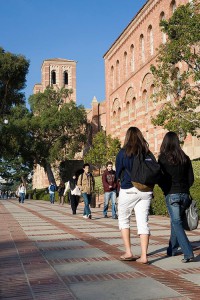 And this is one of the many student canteens. If you don`t have time to go to the cafe on the outskirts of the campus … 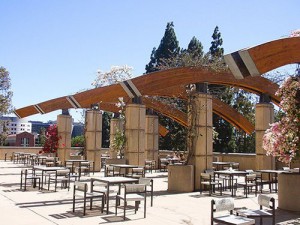 Ronald reagan UCLA medical center – the center , but not the only one. There are trained medical students . Hospital is considered one of the best in Los lndzhelese. The ambulance had brought a dying Michael Jackson here. Unfortunately it was too late. 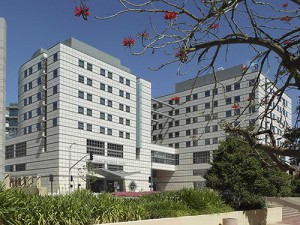 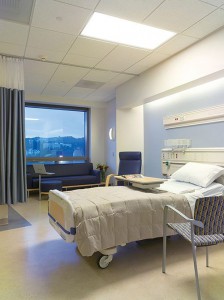 All Los Angeles permanently in flowers and the UCLA campus is no exception. These beautiful trees grow in the university`s sculpture  garden. 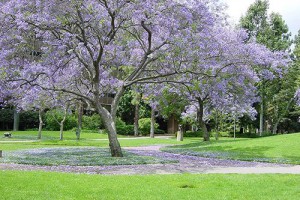 Unbelievable, but this Japanese garden is located on the campus, where you can just walk … and think. 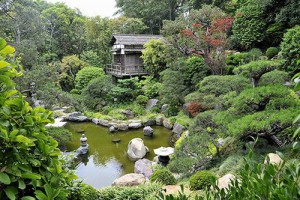 But here you even don`t wan`t to think, just contemplate . It is also a Japanese garden in the university. 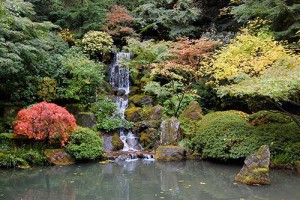 Bruin – totem symbol of the of UCLA . His images are found everywhere , from T-shirts to flags and stickers on the cars of students. Well, this bronze mounted on the central square. All photographed with him in the memory, so the nose shines. 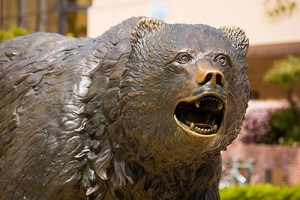 University sports infrastructure is recognized as among the best universities in the USA and is available free to all students and teachers. Complex there is a huge fitness center, 5 pools, a full-size baseball and soccer fields, 5 basketball fields, tennis courts and a lot of sites to practice almost any kind of sport. A special place is a water sports center, where you can surf, rowing or sailing. There is also a recreation center-a huge park where you can swim in the outdoor pool. It can be therefore, on account of university students 250 Olympic medals. Varsity enjoyed wide popularity  and not only for students, but also for the all people living in Los Angeles. 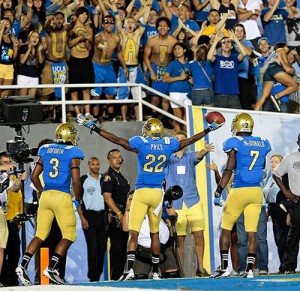 The color of UCLA sports teams are gold and blue. 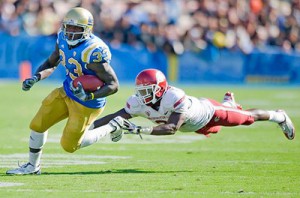 Production of souvenirs incredibly developed. At the UCLA campus has several giant stores, where you can buy  anything with the symbols of the favorite university. And people really like it! 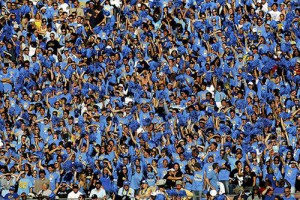 Girls cheerleader in UCLA … nowhere without them ). 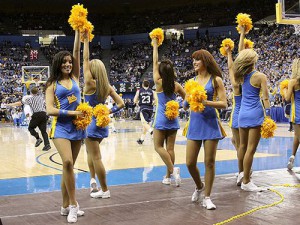 UCLA cheerleader team is one of the best. 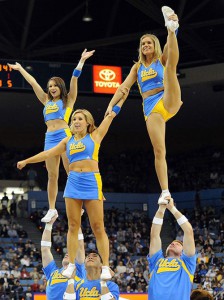 Home stadium, where the official competitions are usually conducted.

Well, this is a new basketball arena on the campus of UCLA team. 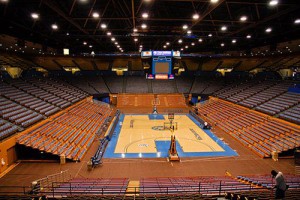 Here is one of the cinemas on campus. Here are regularly held the premiere of new film with the participation of the most famous actors and directors in Hollywood. So you can take an autograph from the star of the saga “Twilight” and Clint Eastwood, it is really !! ) 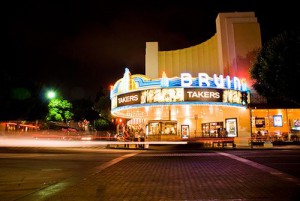 And this is the second theater on the campus of UCLA. Directly opposite the first . It located in a historic building . Login for students $ 8, which is quite cheap by the standards of Los Angeles. The standard price of 12 dollars. 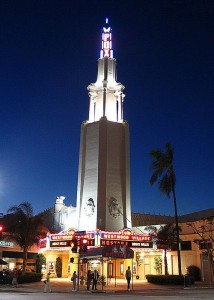 Well, that’s reached the end of our little tour of the campus UCLA. Come and experience it with yourself.